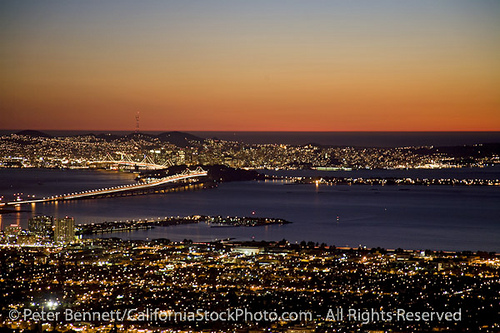 If you’re going to be in the Bay Area and looking for something to do with your extended Labor Day weekend, check out some of these events that may be of interest. A lot of people my age don’t know where to look or go so I decided to put together some events that have been lingering in my inbox. I’m no entertainment concierge but I do know where to find some fun. Who knows, you may even catch me at a few of these events 🙂

P.S. If you know of any social events catered to young professionals and/or art, culture, and music friendly, let us know in the comment box!

A couple Ebony issues ago I came across this Chicago bred artist and thought I’d share with you a few of my favorite pieces of his. What I love about Hebru Brantley’s craft is the influence he takes from comic books, Japanese anime, and street culture and paints a picture that tells a thousands words.

“Brantley draws influence from an array of pop culture icons, comic book heroes, Japanese anime and the bold aesthetics of street art pioneers Jean Michel Basquiat, Kaws and Keith Haring. Brantley’s recent focus is to share energetic narratives— moments of reality from his life and the lives of his peers, mixed with fantastical fiction— to create a fragmented environment of make believe. Spray paint is often at the forefront of these mixed-media illustrations, working in part to de-contextualize the levity of cartoon imagery, and bring a critical edge into the white cube. From this, Brantley has developed his own unique style and identifies as an Afro-Futurist.”

I hope to see his work next time he exhibits in San Francisco!

For more of his work check out http://www.hebrubrantley.com

If you were in the Bay Area this past labor day weekend, I’m sure you heard of lots of events happening whether through word of mouth or on social media.  The cloudy skies opened up on Monday and not only did sunshine bring happiness to Oakland, but the first ever Hiero Day; a celebration of independent artists in the community, kept us in warm spirits the whole day.  People of all ages, races, and cultural backgrounds gathered in downtown Oakland on labor day for a day of Hip Hop (and no work lol) put on by Hieroglyphics; an indie music empire. I had to do my homework on this one but instead of the normal google search I took to Instagram to find out how you guys enjoyed #HieroDay .

Check out some of my favorite photos from the instagrammers that captured some of the festivities: 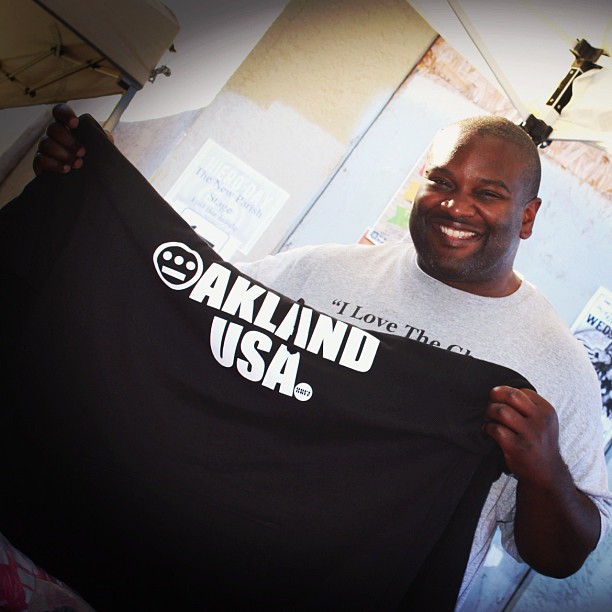 and of course, lima. the peruvian street food.

It’s that time of year again for the LifeIsLiving.org annual festival and celebration of Urban life through Hip Hop, intergenerational health, and Environmental Action.  I had a chance last year to participate with my internship Bay Localize so this is definitely an event you wouldn’t want to miss.  A few crowd pleasers like Quest Love and Bay Area’s own Ryan Nicole will grace the stage as well as exhibits from urban gardening to HIV testing, visual and hood games. See you next week, Sunday October 8th from 11- 6 pm @ Defremery Park in West Oakland 🙂

What do you get when you mix the Good and the Bad? A dope artist by the name of “The Good Sin”, who knows how to put life experiences, dreams, and his evolving career into great music.  Born Kellen Herndon from Seattle, Washington, He began pursuing his career as an artist at the age of 18, where he’s created his debut “Read or Not” Mixtape, and his latest project “Late” which was released in February of this year.  The production of this 9-Track album is very unique and shows the difference aspects hip hop.  I was immediately drawn into the jazz, spoken word vibe making his lyrics clear and precise.  It’s always refreshing to understand the artist’s direction and as I writer I could follow his theme. I had a chance to ask him a few questions so in his own words. . .
What is your inspiration behind your latest project “Late.” ? How did you come up with the concept/songs? Is there a theme?

Late was me and my producer 10.4 Rog’s first all original project. We wanted to create a project that took a feeling and stretched it out thru all the other emotions that initial feeling had me going thru. Late was that feeling. In life people will always say you’re Late at this or that. But in all reality you are where you are at that moment because that’s where you’re suppose to be and that’s where God has you. The theme is basically about “doing you”. There will always be outside influences to the way we operate but in all that we’re still individuals who have to stand on our own within Gods time for us.

Who are your favorite artists/producers that you look up to? Gain musical inspiration from?

What advice do you have for aspiring artists trying to pursue their careers?

Stay true to your story. Make what is relevant to you. Create your own lane. Follow your heart and don’t be driven by money but by your vision.

You can listen to the full length album here and if you like, download it on the link below =)

Oh, and here’s the visual for “Bad About You” 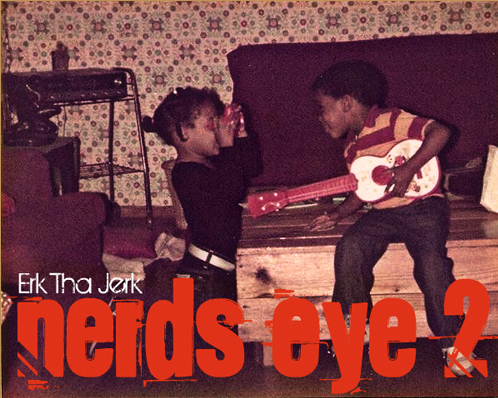 Check out the second instillation to Nerds Eye View, from Bay Area’s own Erk Tha Jerk.  I’ve been an instant fan since I returned to the Bay Area and this project is far from a mixtape. I’m surprised the brotha gave this away cause I could definitely see his fans paying a pretty penny. Anyways, I’ve been on hiatus this whole weekend (not by choice) so this west coast artist brought me the flavor in all angles of hip hop.  Not to mention appearances from other dope bay area artists.  Take a listen for yourself and enjoy your weekend 🙂 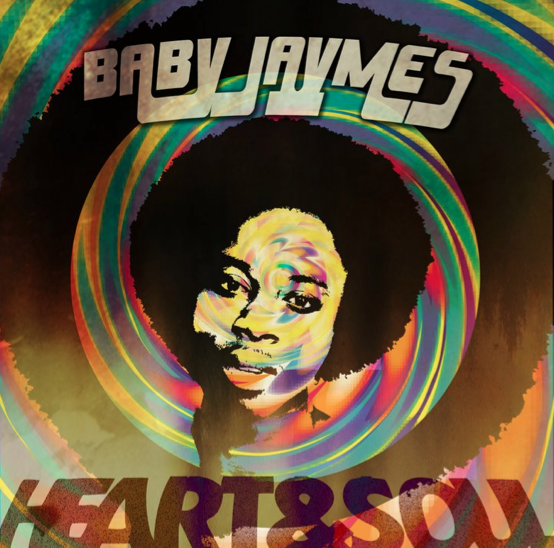 His sound is part r&b, part hip-hop, and part mystery. Check out new music from Oakland bred singer/songwriter Baby Jaymes, “Heart and Soul”.   His new single is described as a declaration of who he is and his musical intentions.  He defines his genre of music as “Ghetto Retro”- making him a musical chameleon with soul.  Baby Jaymes addresses issues of following your own passion and believing that you can succeed.  I think this song sends out a perfect message to any individual who puts their heart into whatever they do and show that you don’t have to belittle your character, or your well being.  Being different is cool 🙂

“why you always doing you, do what everybody do, if you really trying to get it?/ instead of trying to dumb me down, doing what they’re doing now, here’s something you won’t forget.”

Baby Jaymes has a album out,  The Baby James Record, where he’s done work with Raphael Saadiq and George Clinton of Parliament-Funkadelic. Check out his website here for more of his work.

I love discovering artists and so I came across Carlitta Durand with her visual for “iCarli” and I had to dig deeper.  Carlitta is a Minneapolis born and North Carolina grown R&B/jazz/hip-hop artist that has a passion for diversity. Her latest project “Nostalgic Nights” is a small yet, diverse and explosive insider to what Calitta Durand is capable of.  She is recently attending North Carolina Central University, where she is worked with artists like 9th Wonder and Little Brother.  I find it dope that she writes her own lyrics and tells a story in each song that anyone can relate to.  Her voice is very soulful yet jazzy and I will definitely be following her progress as an artist.

Check out the video for “iCarli” and tell me what you think.

Acceptance and Change are the words that I can use to best describe Keon “Supreme” Hall, an aspiring artist from Claremont, California.  Growing up living under a Jehovah Witness household, Keon has always seemed to stand out with creating his own identity.  At the age of 17, Keon reached a breaking point and decided to change his outlook on life, by developing his love for music. “My mother accepts me because I’m her son, but she’s never heard my music,” he explains to me about his relationship with his mother and the choice he has made. With his new mixtape entitled “Supreme” Keon shares his life-changing experiences and enlightenment.  In my opinion his featured song “Love Me Again” best describes his character as an artist.  When telling me about how much emotion was put into his words and relationship with his mother, I knew that he was passionate about his artistic ability to express himself through music.

“Dark, Enlightening, and life changing” is how he describes his mixtape but if I were to give my own take I would call it a breakthrough.  He spits versus that some young men like him can relate to as well as anyone who shares a love for Hip Hop.  After speaking with him it only made since that Keon is studying History in college because he stresses his vision to change the world.  With book knowledge, personal experiences, and the ability to musically express oneself, Keon Supreme is on his way to making his career a staple in today’s Hip Hop.

There has been alot of buzz on Hampton University’s campus this year, and the group ReKaste has a lot to blame for it.   Performing at Hampton Idol and the Haiti Relief Benefit concert, I had the opportunity to hear with my own ears.  The group members; Allen “StevieVisionz” Hargrove, Kyle “D.J. Kal” Lawrence, Leavil “Recipe” Armstrong, are music techonology majors hailing from New York City.  They were able to collaborate and produce eccentuating vibes right on the campus of HU.

Along with “Throw it Up”, Rekaste’s single entitled “Something Special” which is my pick, is a very smooth cross from alternative and hip hop, with lyrics that have your mind, body, and soul at ease.  It happens to be on my “feel good” playlist cause it’s fitting for the mood.  Check it out here!

Rekaste has been making moves in the community as well. They will be at Blurr in Newport News, Va. March 31, 2010 performing with other artists. Be sure to get your tickets for this event go to their website www.rekaste.com where you can find more information on how to follow them on twitter and access to their latest music releases.