The National Association of Black Journalists wrote a letter to CNN and all the cable news channels about their concerns for lack of black anchors in the news stations.  Black Voices reported that they were “working backwards on diversity” which to me can be true.    The letter was brought to surface by former New York Govener Elliot Spitzer an anchor at CNN.  Here is a snippet of the letter that was written:

Three years ago, Ebony magazine’s Kevin Chappell noted, “While CNN has the most Black news anchors with eight, the other cable networks don’t fair as well… and none of the national cable stations has any Blacks in prime-time slots.”Find this article here.

Nothing has changed. NABJ questions CNN’s decision to hire former New York governor/attorney general Eliot Spitzer to co-host a new show in Campbell Brown’s old time slot. The company missed another opportunity to place a person of color in prime time. It just seems that cable news can never find diverse candidates who are good enough to meet their standards. We want to know your standards.

Are you telling us that CNN could find no one better than an ex-politician who quit being New York governor after consorting with prostitutes to grace America’s living rooms each night?

CNN does have Tony Harris anchoring in the morning, and Fredericka Whitfield, T.J. Holmes, and Don Lemon on the weekends. But that’s not prime time. The same can be said about MSNBC which last week named veteran Lawrence O’Donnell as the anchor of its new 10 p.m. show.

for the full article, http://www.bvonmoney.com/2010/06/30/national-association-of-black-journalists-goes-after-cnn-cable/

Now N.A.B.J has brought forth a good point.  Although CNN is more diverse than any other cable news I do not think they do enough.  I agree with them saying that the lame excuses for “lack of qualified candidates” are why news stations are lacking color.  I happen to be bred from a very prestigous school, Hampton University, where the Scripps Howard School of Journalism has crafted many professionals that would be dying to become anchors for a News channel.  I believe that the face of our nation is now colorful and it needs to be seen through our news, our governement, and our lives.  Way to go N.A.B.J let’s take action, so all of these recent journalism graduates can get a job, JEESH!

Okay you know I’m a Kelis fan and I’m going thru this phase with all the other artists with the new era dance music.  I happen to like this song by Benny Benassi ft. Kelis, Jean Baptist, and apl. de. ap. So for those of you who don’t know Benny is this cool white guy from Italy that started DJing at a young age. He produced many tracks and co-signed a grammy award winning remixes with artists like OutKast, Public Enemy, and David Guetta.  He’s pretty awesome.  check out the latest hit “Spaceship”, I’ve heard it once when I was in Vegas and now I have to rock with it.

I’m not the BIGGEST fan of The Dream but I do like this song “Trilogy” from his latest album Love King that was released yesterday.  I hope that this is his last sequence and he can move on to bigger and better projects.  Let’s see…Vodpod videos no longer available.

The Dream – Trilogy, posted with vodpod

Two fingers to this artist, is a San Diego native that uses beautiful ethnic inspirations that creates jewelry in her line “Peace Images”.  She has earrings, necklaces, and rings that are handcrafted to order and sent to you with love.  Not to mention some of the proceeds go to charity.  I happen to find that a beautiful thing when you can give back.  Here are few of my favorite rings… 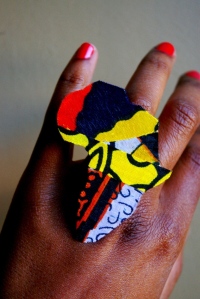 For more informations how you can get Peace Images: 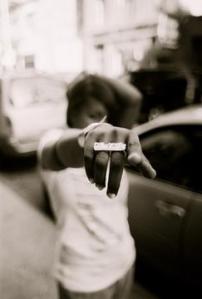 Denim is an unsigned artist that has a cutting edge that all music lovers should hear.  She’s been told that she’s the singing Jay-Z.  Tell me if you think that’s true.  Here’s her song “Sugar Honey Iced Tea”.

Introducing the lovely Jazmin Williams,  aspiring songstress and one of my closest friends I met at HU.  Hailing from Memphis, Tenessee, Jazmin is currently finishing up her studies at University of Memphis where she is also claiming her fame with many local artists and productions.  I have been following her music career since I met her, there would be days where we’d live together and all I heard was nothing but her voice, but her hardwork is finally beginning to shine as she releases her newest song “More than Friends” written by the one and only and produced by DJ Chev.  She  It’s not easy being an aspiring artist and a college student but she says,

“with patience and guidance I know that I will succeed in all aspects of my life”.

check out her newest song “More Than Friends” Keep a look out for Jazmin Williams in the future! 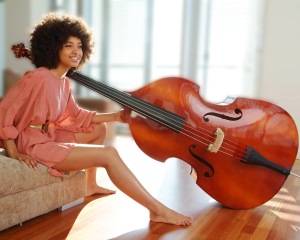 I spot natural hair anywhere, even on the BET awards.  Esperanza Spalding was given a segment during the Prince tribute and it blew me away, not to mention her volumnous afro.  Esperanza Spalding is a bassist, vocalist, and composer with a very jazzy contemporay sound that shows pure talent and grace from her lips and fingertips.  I happen to find her voice one of the timeless most international sounds yet.  This aspiring artist grew up in Portland, Oregon where she became bilingual and enhanced her passion for music throughout the years.   After attending Berklee College of Music, Esperanza  released her first debut album in 2008 entitled “Esperanza”.  Look out for her, cause I know I am!

Check out her song “I adore You” talk about amazing, hope u like 🙂

Now how does the Afro Chic sum up the 10th Annual BET Awards 2010 into one sentence?  I honestly can’t but I will say that via twitter I had an enjoyable evening commentating on the stars every move from the glitz to the glam, to the facial expressions and bloopers. www.twitter.com/QueenReesa. For those of you that missed the show I’m sure it will be on like every night for the next 4 months so you will be filled in sooner or later but I will give you a brief re-cap of my favorites.

(Photos Courtesy of the Examiner) 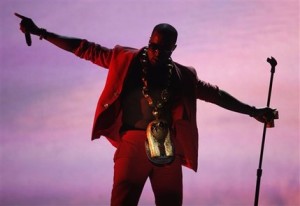 Kanye West opened the ceremony with his comeback single “Power” which probably cost most of BET’s budget for the awards show but I was not mad at him for it.  The barefoot “literally” and pregnant Alicia Keyes was definitely glowing as she won best female R&B artist and also did a performance medley of all of her top award winning songs and added her risky piano dance to the Prince Tribute.

Speaking of Prince Tribute, I found that all that unique and different artists like Janelle Monae, Patti LaBelle, and Esperanza Spalding did an awesome job at reenacting the legendary Prince.  BET gets mad props for allowing El DeBarge to grace the stage with his medleys and J.Cole for getting time to shine as one of the leading new artists.  Other artists like Trey songz, Usher, B.O.B, Alicia Keys, and Nicki Minaj also graced the stage to showcase their talents.  The most tear jerking and sentimental performance award goes out to Chris Brown’s tribute to Michael Jackson.  Although, his reclaim to fame is borderline staged I do want to know who his PR team because he is really making a GREAT comeback with Rhianna left in the past.

Following was a gospel tribute to Haiti with phenomenal singers Kim Burrel, Fred Hammonds, Kirk Franklin, and Yolanda Adams.  Last but not least, one of the realest MC’s out there, Queen Latifah kept me going with her many outfit changes and different acts as she kept the awards moving smoothly as host for this year.  So what do you know, I was almost not about to add the coonery to Reesa Speaks but BET did a classy job this year and I must pay my respect!

If I missed any of the winners:

Usher- there goes my baby 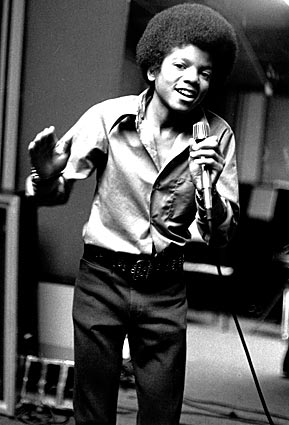 I still can’t believe that it is the one year anniversary of Michael Jackson’s Death.  It seems like yesterday I was moon walking in the kitchen, talking about his mysterious kids, and watching The Jackson’s movie for the 32942 time.  But it never occurred to me that such a great of a man could have such an impact on the world, hell even the universe.  Even before MJ’s passing we have always lived through his legacy he has created and paved music for today’s aspiring artists.  It’s not one artist that has been interviewed that can’t say that they grew up following MJ’s footsteps.  Whether it is a song, a trendy jacket from “Bad”, or even the dance moves from thriller, I still see him in every performer out there.  I am not going to make this a sad day because although the world was in mourning June 25, 2009, we should continue to celebrate his legacy so enjoy the tributes on your radio station, favorite TV channel, and live through the spirit of MJ.  Just think what would MJ want?  For the world to be a better place.

Here is one of my favorite songs of lil’ MJ “Who’s Loving You”.  It’s a true love song about the blues and its crazy that he was just a little kids singing such a thing.  It still gives me chills up my spine!

now check out this girl Jamia Simone Nash….she’s a lil sassy but I feel like she came close to a good perfect MJ remake.