D’Angelo came out with one of my favorite albums last year and I wrote a review for it in my local newspaper. Here’s an except:

This month, people of all walks of life organized protests in the Bay Area, taking over the streets, freeways, and city halls in solidarity to fight against police brutality and racial profiling against people of color. Against this backdrop, D’Angelo released Black Messiah, a highly anticipated album with a timely message.

I had just come from a weekend of marching in Oakland when D’Angelo shocked the music world with the long awaited album. It was 14 years ago that he gave us his soulful R&B album Voodoo, so new material was long overdue.

Best known for his gospel roots and soul influence, D’Angelo’s quieter career period wasn’t a completely silent one. He started playing new instruments that helped develop a band, the Vanguard, for his new sound on Black Messiah.

Check out the full article on The Richmond Pulse here.

My favorite Neo/R&B soul singer and songwriter is back with a new look, new label, and definitely a new attitude.  “The Light of the Sun” is her fourth studio album and her first with Warner Bros. records.  With her leading single “Still in Love” featuring Anthony Hamilton that reached the top 11 on the Billboard charts, the anticipation is finally over.  On the first day of summer, Jill Scott kicks off her summer block party!

The Light of the Sun brings you a re-awakening of the hip-hop neo soul element.  You can take it personal or be just as carefree as you want to be but I love how Jill Scott manages to hit all type of angles.  Being that she’s been through a lot with her relationships, you get a dynamic feel of her thoughts across the board.  In a recent interview with NPR she describes the making of this album as, “I’ve really just been standing in front of the microphone and blacking out musically. I come back a couple hours later and there’s six songs from beginning to end.”  With Scott being able to just spit on the mic and using her creative ability to produce great music is astounding.  I haven’t seen her do it, but I know it’s something serious in the studio.

As a single woman trying to establish a career, I thought I could relate to her song “So Gone (What My Mind Says)” which features Texas native Paul Wall.  She sings of a woman who is fighting celibacy.   The preaching of self-respect for your body and especially if you want to build a relationship, sex can be a very underlying issue.  I’m not going to lie; we all need that sexual satisfaction, so for her to put those thoughts to words, and to produce a song that doesn’t elude too much sexploitation is dope.

Jill Scott always seems to bring it for the powerful, fist rising, and proud, appreciative woman and with “Womanifesto”.   If you ever seen her in person, her spoken word segments are the highlight of the night and this poem here was my highlight of her whole album.

“I Appreciate my culture/thick not just from bone dense and eat/ I have a rhythm in my ways and a practice in my speech/ and yes I do crave the rhythm of my own space/with a man that rejoices in God’s grace, with faith /I do hear to listen, two hands that fist.  I am gifted, and all of this…..and indeed, the shit.”

The Light of the Sun is indeed a different sound, but the same character and content that any Jill Scott fan can appreciate. Check her out her Summer Block Party Tour in your area, and if you are local to the Bay Area, AUGUST 12TH!

Seeing Ledisi perform for the first time while I was away at Hampton a few years back was probably one of the best live experiences I’ve had in awhile.  It’s something about the intimacy in her voice and the connection she has with her audience that makes you an instant fan.  Ledisi’s latest album entitled “Pieces of Me” dropped Tuesday and fans and avid listeners of her work have been putting the pieces together all day.  This project is interesting because it covers the whole dynmanics of female identity, in pieces rather.

New Orleans born, Oakland bred singer releases soul and power into her songs where she pours her heart out about her own self-realization.  Los Angeles Times states, “Ledisi — sounding at times like Patti LaBelle, Aretha Franklin or Erykah Badu, and looking like Janelle Monáe as Billie Holliday — explores different pieces of herself: the libido (“Coffee,” “So Into You”); the ego (“Hate Me,” “Shut Up”); the heart (the Jaheim duet “Stay Together”).”  I can  relate to these pieces because like her puzzle, my pieces are everywhere.  Often times, women neglect or try to hide our issues of self-identity but I love how Ledisi is able to express touchy subjects and put herself out there so that all women can relate to her music.

My favorite of the tracklisting is “Bravo” because not only does Ledisi’s voice compliment the piano background but she tells a message of encouragement to always celebrate your success and overcoming your trials.  For me, its always about the small things, the small steps that put me ahead of the game that I will always be proud of myself.  So clap, clap bravo to Ledisi for this one.

You can purchase “Pieces of Me” on iTunes or in stores now!

I’ve boycotted album reviews for a while now, but I had to give my girl Chrisette Michelle that respect she deserves.  Her album debuted, Tuesday, November 30th and I absolutely fell in love again with her voice, look, and confidence.  I’ve been a fan since the beginning and although I’ve heard a lot of her songs over the weeks I was pleased about how her album flowed on this cold November.

She gave ambitious women a bit of inspiration with “Number One” which I felt should be her next single. Lyrics exemplified a hard-working women being her one and only and loving oneself before anyone else.  Chrisette has the ability to show her emotion through her dynamic voice range and its shown through “Goodbye Game” and “If Nobody Sang Along”. If I were to close my eyes I could picture visually how passionate she was about putting together these songs and because I can relate them to my own real life situations.  She touches on being able to have her voice heard as an artist, and that could go a lot of ways with an individual who experiences freedom of expression. (You know those music videos where the girls is spending around and around in an open field with not a care in the world? yep that’s me right now lol) The song “Unsaid” has one of the best musical instruments,  I love the guitar and the lingering effects kind of made me feel like I was in live concert.

Overall, I really appreciate Chrisette Michelle as an artist who has evolved over the years, everyone loves her and no matter how famous you think you are or regular you want to be you will relate to her music.  Go get her album today, I dare you to prove me wrong! 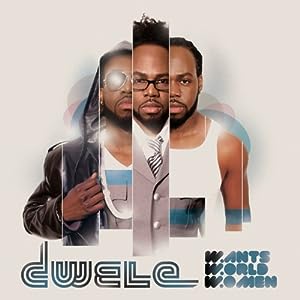 Now you know I had to put my two cents in about this one, Drake’s new album Thank Me Later” was leaked the other night and to tell you the truth I wasn’t in a rush to download it.  It seems be a trend that in this mixtape generation, popular artists are making these leaks very hard to get certain revenue off their music; and let’s not forget local artists who just have a dollar and dream.  I am NOT a fan of Drake, but I will say I watched me some wheelchair Jimmy in my day and he is talented.

Drake has acquired his fame from a previous career in acting, and that’s what I feel got him to be this big.  With no stage presence he happens to get past “So Far Gone” to “Thank Me Later”.  The only songs that stood out to me were Fireworks featuring the preggers Alicia Keyes. With her on the Keyes this is phenomenal piece that has definitely made it to my feels good playlist.  Shut it Down featuring The Dream is pretty sexy to me, if you listen to the instrumental part it adds a lil’ twist to his sound.  Noooo…this doesn’t mean Drake is finally growing on me, I just seem to love his slow songs better.  Last but not least Find Your Love is catchy to me, it’s on the radio every 30 minutes but I do find it a better hit then all the rest.  There you have, the Afro Chic doesn’t quite approve but all you Drake fans go support the brutha when it officially hit stores, according to the title he will thank you later!