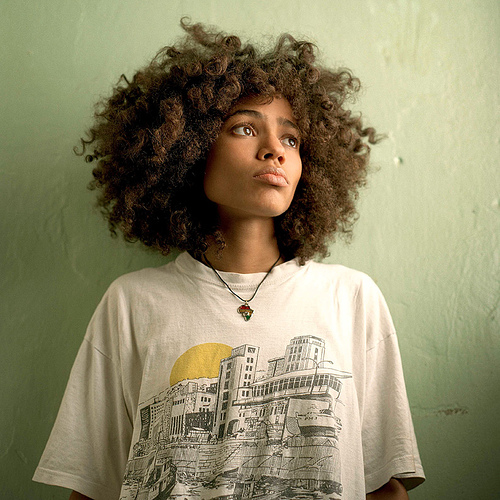 The Nigerian German artist Nneka shows out for Africa for the FIFA World Cup.  I discovered her on Afripop.com and she’s a hit.  Not only is she representing for her native country but she also has GOREGOUS hair!  With a heart as big as her Afro she started her career in 2005 with her debut ablum entitled “Victim of Truth” released in the UK. she created buzz in the British media and then went on to releasing an album in the US “Concrete Jungle” which is just as soultry as the last.  Nneka is very talented and I hope that you enjoy her music just as much as I do.